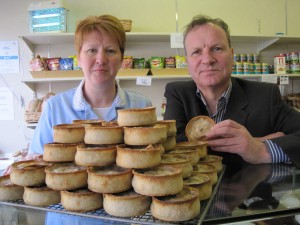 The Scottish National Party's Mr Pete Wishart MP, Member of Parliament for Perth & North Perthshire has welcomed the u-turns which the UK Government has been forced into over their ludicrous plans for both a ‘pie tax’ and a 'caravan tax'. Speaking today, Mr Wishart said: “These very poorly thought out proposals would have had a huge impact on small businesses like the Fair City’s famed pie-makers, Murray’s the Bakers, who I visited to discuss the proposed changes. “This daft and damaging, half-baked idea would have upped the price of a pie and would have meant more paperwork and reduced profits for many hard-pressed businesses. “They claimed the aim of the change was to ‘clarify the definition of hot takeaway food' but ended up in a muddle that was as clear as gravy, leading to some utterly ludicrous potential scenarios around the question of when a pie would count as not or not. “Campaigners rightly pointed out that these plans were a recipe for disaster and I am very pleased that they have finally been ditched. “I am also pleased that they have backtracked on another daft scheme they had up their sleeves – the planned ‘caravan tax’ – which had also angered many people.  They could do with a bit more reversing on this one, though, as they still intend to impose VAT on static caravans, albeit at 5% rather than the original 20%.”