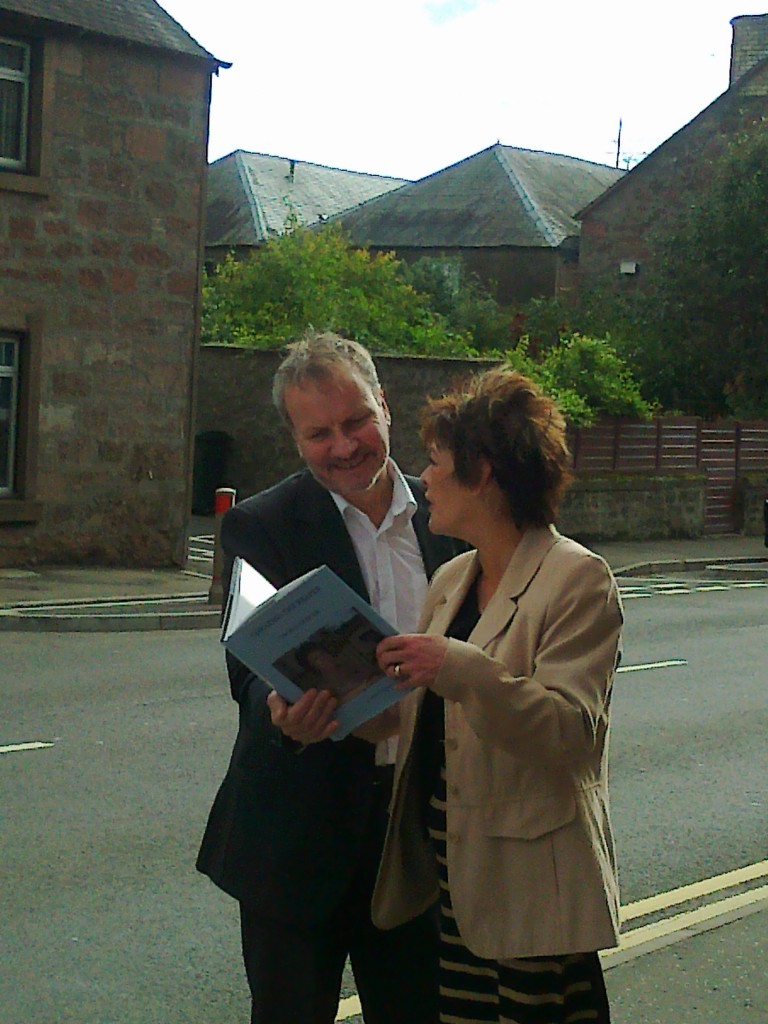 The Scottish National Party’s Mr Pete Wishart MP, Member of Parliament for Perth & North Perthshire, hosted a news conference at his constituency office in Blairgowrie this afternoon (Wednesday) in which he gave his backing to an upcoming fundraising event at which Ms Tricia Titheridge, a constituent whom Mr Wishart has been representing in her efforts to secure the proper level of support and justice from the UK Government since she was infected with HIV following a blood transfusion, will officially launch the book she has written about her experiences.

“I am delighted to be able to take this opportunity to be able to help publicise both Tricia Titheridge’s book and the fundraising event at which it will receive its official release.

“Tricia is an absolute inspiration.  From the years in which she struggled with mysterious unknown illnesses to the subsequent battles and worries that came along with diagnosis, she has faced her challenges with fortitude and determination.

“She is now bringing out a book in which she tells her own story and I have no doubt that it will be an absolutely captivating read.  I am really looking forward to the forthcoming launch which, typically, will be used as a platform to raise funds for an HIV-related charity in Malawi.”

“Pete and his staff have been very helpful to me over the years and I am grateful to him for his continued support.

“My health now is better than it has been for years but it has not been an easy ride.  I hope that by telling my story I can give some hope to others who find themselves in a similar position.

“I hope, too, that we will be able to raise a good sum for LISAP (Livingstonia Synod AIDS Project), in Northern  Malawi, a project which is doing fantastic work amongst children living with HIV.”