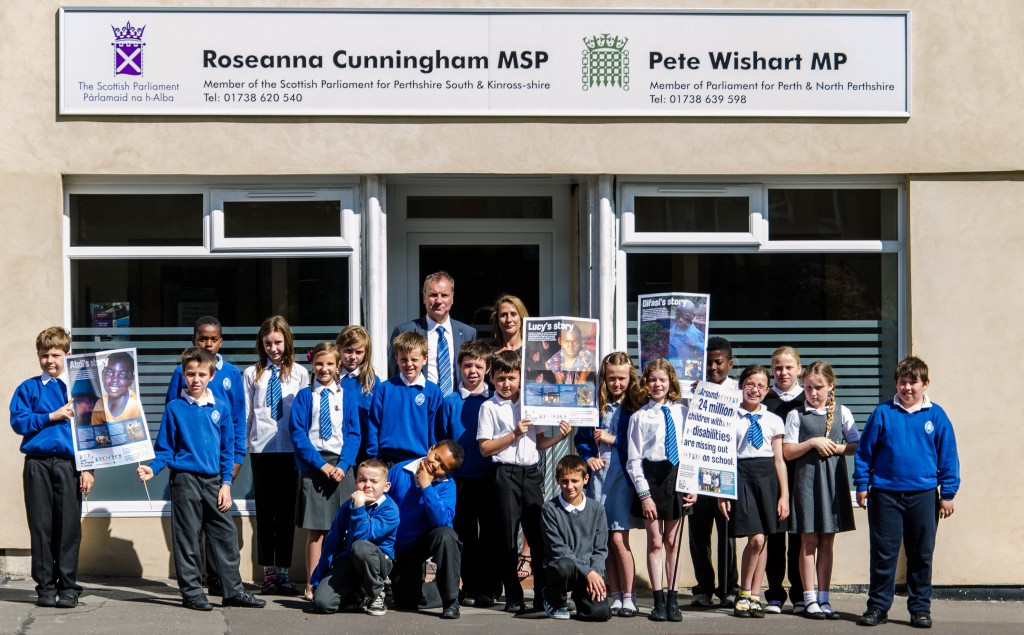 The Scottish National Party's Mr Pete Wishart MP, Member of Parliament for Perth & North Perthshire, welcomed a group of school pupils to his Glasgow Road office as part of their involvement in the 'Send all My Friends to School Campaign'. Children from P5 and P6 in St Ninian's Primary School came to the constituency office  to hand over their letters and have a chat with Mr Wishart. Speaking after their visit, Mr Wishart said: “The ‘Send All My Friends To School’ campaign is extremely important, highlighting the fact that over 60 million children around the world are still missing out on school. At the current rate of progress there will still be about 48 million children out of school in 2015.  “That date is significant because in 2000, over 180 countries signed up to a set of commitments for a better world to tackle issues such as hunger and poverty. These Millennium Development Goals included a goal of education for all by 2015. “So it is clear that there is a lot of work to be done if that target is to be achieved in the next two years. “School pupils around the world are working to raise awareness of this issue and I am delighted that Perthshire pupils are playing their part in that. “I am really impressed by the breadth of knowledge that the pupils from St Ninian's and on the issue and their commitment and determination to bring this issue to the attention of a wider audience.”