The building at 53 Parliament Square where most of the Scottish MPs have their offices has been renamed as Caledonia House and Perthshire music legend Dougie MacLean was on hand to help out with the official opening this week.  Pete Wishart MP, Member of Parliament for Perth & North Perthshire was delighted to welcome, saying: 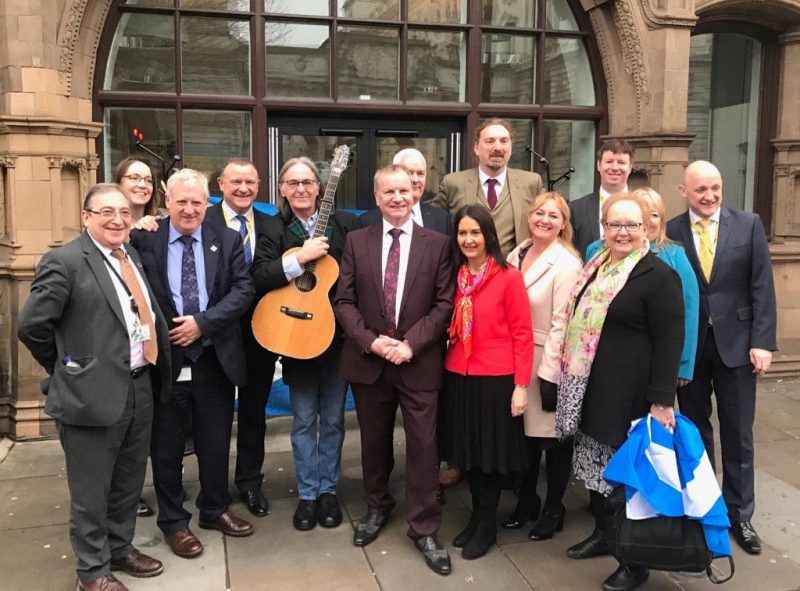 “It was great to have a bit of Perthshire culture with us down in London today as Dougie MacLean came down to help out at a wee ceremony that was held to officially rename 53 Parliament Square as Caledonia House.

“The building – which houses most of Scotland’s 59 MPs – is now a piece of Whitehall that will be forever Scotland.

“We certainly hope to ‘prove the points that need proving’ and it is true that we ‘think about you - our constituents – all the time’!