Pete Wishart MP, Member of Parliament for Perth & North Perthshire, spoke during yesterday’s debate in the House of Commons on the motion to trigger Article 50.  During his speech he described the Tories as trying to create a “drawbridge UK” with their “hardest of hard Brexits”:

“This is, as we know, to be the hardest of hard Brexits, with cuts yet unimaginable and consequences yet unconceived—and for what?

“We live in an interconnected, globalised world where the movements of people have never been so profound, sometimes fleeing from persecution, or perhaps exchanging skills and ideas. Yet we are asked to believe the myth that a Brexitised UK will beat back this historic tide like some sort of Farageous Canute. I actually laughed out loud when I heard all the guff about a global UK. A global UK is the last thing the Tories want to create—they are trying to create a drawbridge UK.

“Scotland, of course, did not want any part of this, yet we have to be driven off the cliff edge with the rest of the United Kingdom. What we have now, though, is options. We have presented a plan to stop Scotland indulging in the worst of this madness. If that is not listened to, we have every right to reconsider our membership of this United Kingdom.” 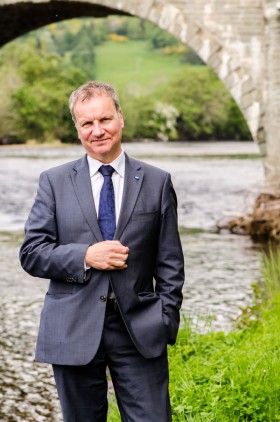 “Only one of Scotland’s 59 MPs - Tory MP David Mundell - voted in favour of triggering Article 50, respecting the views of our constituents and our country, but once again Scotland’s views have been cast aside. That will have an impact on our livelihoods, rights and the EU citizens who call Scotland home and contribute so much to our society.

“During the Independence referendum, Scots were urged to vote ‘No’ to ensure our membership of the European Union – by many of those that now want to drag us out - and also that Scotland was seen by the UK government as an “equal partner” in the Union. The truth of that fiction is now plain to see.

“Even when the Scottish Government offered to compromise and protect our place in the Single Market that was rebuffed by the UK Government who have shown how little Scotland and the devolution settlement means to them.

“This is not an equal partnership.”