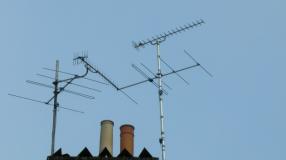 “When George Osborne forced the BBC into paying for over 75s TV licenses back in 2015, we knew then that it would be very difficult for the BBC to continue to provide this service. The announcement could affect up to 10,000 pensioners in my constituency, many of whom rely on their TV for news and for entertainment.

“Basing the free TV licence on pension credit which has already been cut is a deeply damaging & cynical act of betrayal.

“Age UK believe that this decision could force 50,000 over-75s into relative poverty. My colleagues and I will continue to oppose this measure and will encourage whoever is appointed Prime Minister to look again at how this is funded.”

“Make no mistake, if this scheme goes ahead we are going to see sick and disabled people in their eighties and nineties who are completely dependent on their cherished TV for companionship and news, forced to give it up. Means-testing may sound fair but in reality, it means at least 650,000 of our poorest pensioners facing a big new annual bill they simply can’t afford, because though eligible for Pension Credit they don’t actually get it.

“The BBC’s decision will cause those affected enormous anxiety and distress, and some anger too, but in the end this is the Government’s fault, not the BBC’s, and it is open to a new Prime Minister to intervene and save the day for some of the most vulnerable older people in our society who will otherwise suffer a big blow to their pockets and to their quality of life. The decent thing for the Government to do is to continue to fund the entitlement until the BBC’s overall funding deal comes up for negotiation in 2022. This would be warmly welcomed by our older population as a much fairer way to proceed.”